The Berenstain Bears and Too Much TV

This article is about a book released in 1984. For information about the episode based on this book, see here.

When the TV is on all day without rest, Mama knows it's too much and Mama knows best.Opening quote

Too Much TV is a book by Stan & Jan Berenstain. In this book, Mama tries to teach the cubs about other things to do around the house other than watching TV all the time.

The book was later adapted into episode 8 of The Berenstain Bears.

The book starts off when Brother and Sister Bear come home. They race inside and just sit down to watch TV with Papa Bear, so Mama Bear grounds the family from watching TV for a week.

The book began one spring afternoon with Mama making a snack for Brother and Sister. When Brother and Sister got home from school, rather than say hello to Mama, they grabbed their snack and sat down to watch TV and Papa joined them. Frustrated, Mama was convicted that lately, the family was being addicted to watching TV. She ponders where this started after they discarded their old black and white picture set and bought a new color set or when they put a TV antenna onto the roof of their treehouse that brought in new TV networks. Either way, Mama was convinced that watching TV was making the family lose their interest in having conversations at dinner and was making Brother and Sister forget about playing outdoors, over watching their favorite shows.

Mama finally put her foot down, and stopped Brother and Sister from turning on the TV after they finished their homework and dinner declaring that they were watching too much TV and that the TV was off limits for one week. Papa agreed with Mama that taking a break from watching TV, in favor of doing other fun things was a good idea, and was about to watch a sports show but Mama also stopped him, mentioning that the TV ban applied to him, too. Papa tried to explain to Mama that they still needed to watch TV for learning about the news and learning about the weather, but Mama suggesting reading the newspaper and seeing the weather outside to answer those problems. Mama suggested having conservations at dinner like they used to do, but Brother, Sister and Papa's addiction made they forget how to do so.

The next day after school, Mama, worrying that Brother and Sister might secretly watch TV when she wasn't around, convinced Brother and Sister to play outdoors again. Brother inflated a tire on his his bicycle and Sister oiled her tricycle, and the two went riding. They liked playing outside again but still missed TV. That night after doing their homework, Brother and Sister wished they could watch a nature special, but Mama decided that the family should go outside and watch the night sky, claiming that seeing nature in person was much better than seeing it on TV. Brother, Sister and Papa didn't believe her, but agreed to do so anyway. The family went outside and looked up at the night sky and saw bats flying around eating insects and sister spotted the first star to appear in the sky. Then a thousand stars and the moon appeared which amazed the family. Motivated that Mama was right and there were other great things in life besides TV, Brother, Sister and Papa agreed to go across the rest of the week enjoying other things besides TV.

Over the next few days the family did a lot of other great things, such as going on a nature hike in the woods and seeing cool animals and going shopping at the mall in the city. Brother bought a rubix cube and Sister bought some knitting yarn. Papa however, saw a game show on some TVs in a TV store at the mall, but Mama and Brother and Sister stopped him reminding him about the TV ban and that night, he attempted to watch a late night movie, but Brother, Sister and Mama caught him in the act.

Finally on the last day of the week, the family had a conversation at dinner about how fun the week was and their success on discovering that there are other fun things besides TV. Brother asked Mama why she banned them from TV in the first place and Mama explained to them that it wasn't them watching TV that she was against, but their addiction to TV and wasting their time doing it instead of other things that she was against. Brother, Sister and Papa decided to watch TV all day the next day to celebrate the success they had during the week. 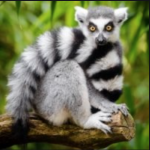